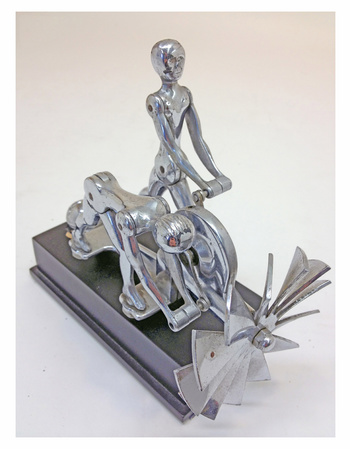 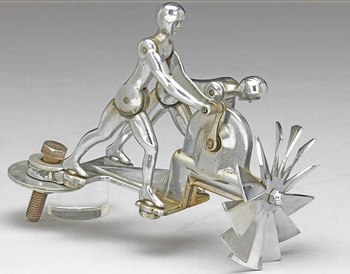 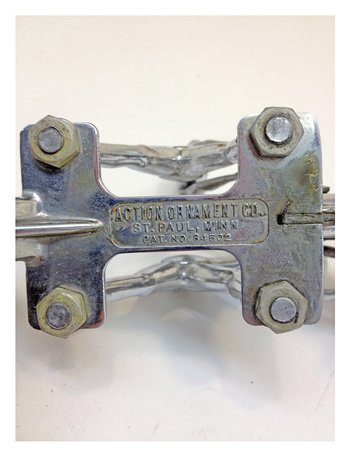 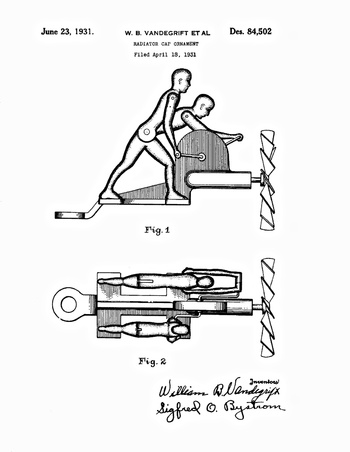 The Action Twins Hood Ornament 1931
One of the most sought after mascots made in North America is the Action Twins. As the propellor turns in the wind, the twins would go up and down turning their crank. This model actually has the original decorative bolt that you can barely see in the first photo. That bolt is hardly ever found.

And so the Action Twins Hood Ornament resurfaces after 6 years between sightings at auction. The last time one sold was in 2006 through Bonhams and after that this one came middle of August. I have been waiting all of those years for the chance to own one of these very rare hood ornaments from 1931. The price was very high but when I want something I never back out... I love this one !~ I see them on ebay but usually they have a new propellor that was made for them or some other flaw. This mascot actually has as seen on the first photo, extreme lower left, the decorative bolt that usually is always lost.