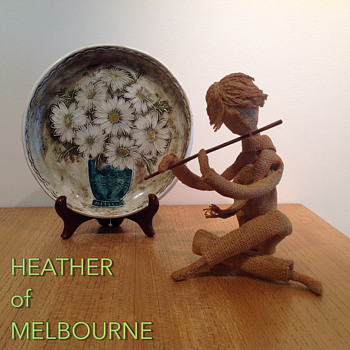 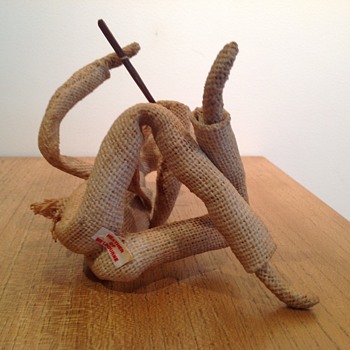 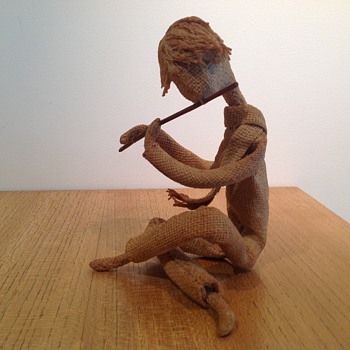 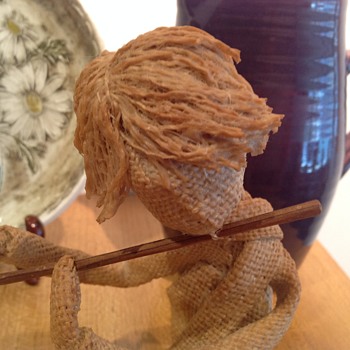 An op shop find was this young flautist made out of hessian. Research on Heather of Melbourne has so far come up with nothing. Melbourne is the capital of the southern Australian state of Victoria. But I did learn of a traditional German craft called 'Rupfenpuppen'. Perhaps someone can help me with this figure?

"Hessian /Burlap in America and Canada, or Crocus in Jamaica is a woven fabric usually made from skin of the jute plant or sisal fibres, which may be combined with other vegetable fibres to make rope, nets, and similar products. Gunny cloth is similar in texture and construction." says Wikipedia.

I was attracted to this figure by what Heather had done with the fabric to create a young boy playing a flute. She has used some form of glue I suppose to soak the fibre and to permanently fix the form. The flute is made of wood (in two pieces) and is sewn onto the figure.