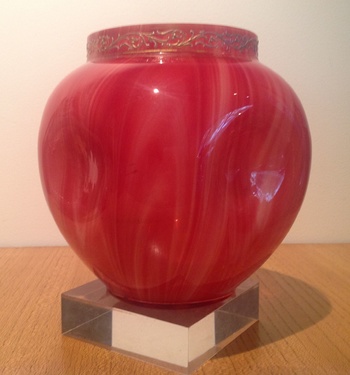 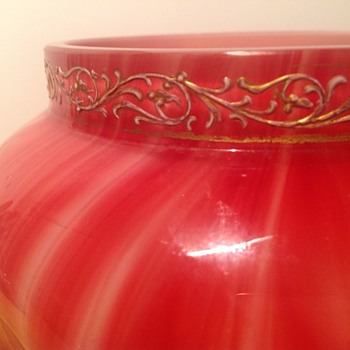 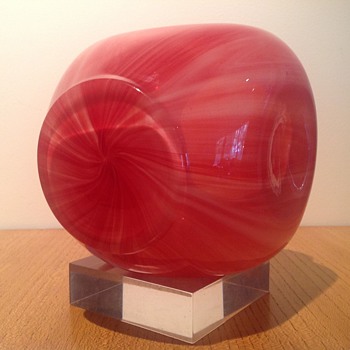 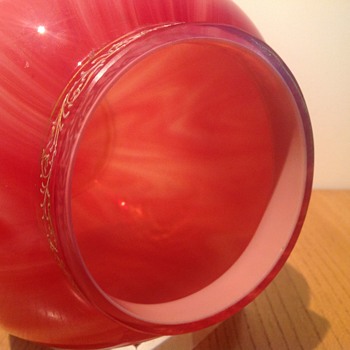 Last Collector's Fair Day here in Sydney I was also able to get my first Carneol vase. In fact it was one of the first things I saw at the market that morning. I was still half asleep and walked dazedly around the stall until this vase woke me up with a jolt.

It is 6" or 15 cm tall and has some worn gilt enamel decoration around the rim.