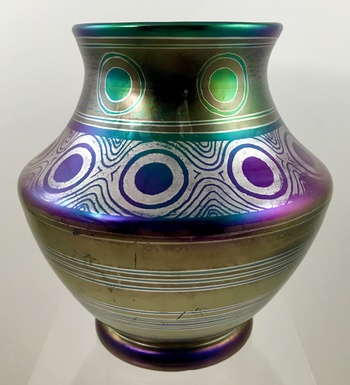 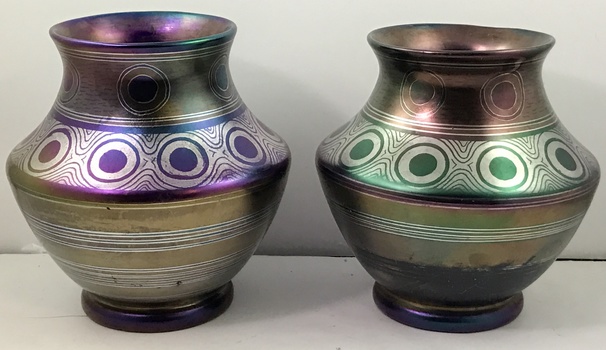 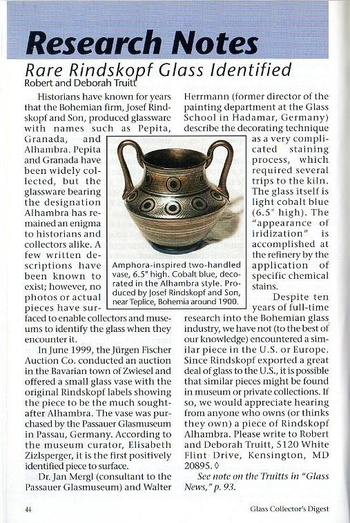 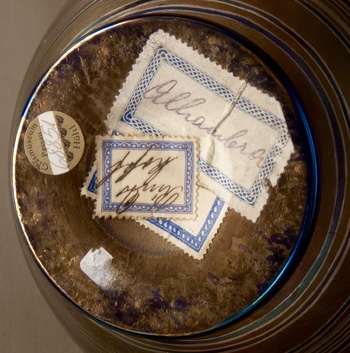 And then there were three...

Contemporary sources at the turn of the 20th century mentioned several decors made by the factory Josef Rindskopf's Söhne, with names such as Granada, Pepita, Persica, and Alhambra. Pepita and Granada (and to a degree, Persica) were very popular with collectors, but it wasn't until June of 1999 that an extraordinary vase came up for sale at Dr. Fischer Auktionshaus in Zwiesel, adorned with factory labels identifying the piece as the previously undocumented Alhambra. That vase, in the same shape as the pair above (but also decorated with handles) was acquired by the Glasmuseum Passau. This was all documented by Robert and Deborah Truitt in the Glass Collector's Digest in January of the following year. (see third photo)

For the last 16 years, no other examples had surfaced, and it was widely thought that the Passau example could very well be unique. That is, until now. This amazing pair of vases came up for sale at an auction in Germany a couple of months ago, and with great luck, I was able to acquire them. They are made on a cobalt ground, and decorated with various colors of etching ink and highly iridized.

Thanks to the efforts of Deb Fitzsimmons of Loetz.com and through the gracious courtesy of Peter Höltl at the Glasmuseum Passau, I was able to get a photograph of the original labels affixed to their example. (see last photo)

I am very pleased to be able to share this incredible find with you.