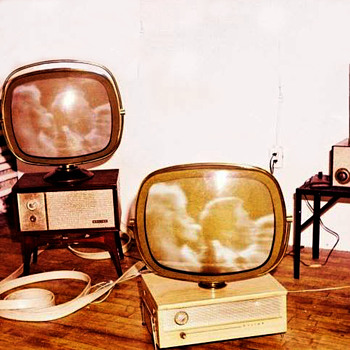 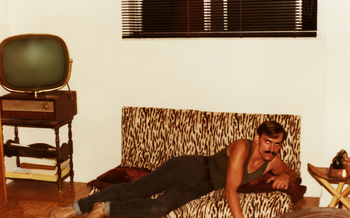 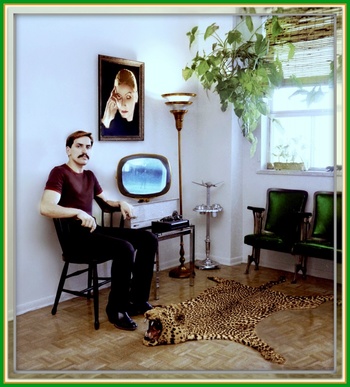 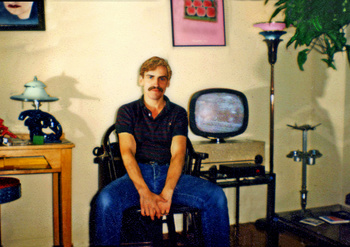 I saw my first Predicta Television at my favourite auction and thats what made it so amazing for me. I had never seen one before and I got excited when it came up for auction in 1979. I believe I even had to ask the auctioneer to put it up and the bidding started at 5.00, a great buy. I bid and there was no opposing bids so it was mine. I found there was a radio and t.v. tubes seller close to my home, so I did replace a few tubes, although I don't think they were bad. I got some good reception and the only show I watched on it was the weekly Buck Rogers in the 21st century re-runs !! I was more intent on having a good tan instead of watching t.v. whick I never did.

The first predicta that I owned was the Holiday version I believeThe second Predicta I owned was the one that I used on my small glass table and it was the Philco Princess. When I moved to Toronto I found it at a t.v. repair shop in about 1981 and had to buy it since it was working and the price was right.

The next 2 I saw from Moses Znaimer since he had a t.v. museum in his t.v. station, City T.V., in Toronto where he may have lived (but not sure) and he was the expert. I was lucky to have met him as he was the owner of Marilyn Monroe's last t.v. and he had bought that at M.M.'s famous auction. He had showed me the two larger models of the Predicta televisions and I had to have them but not to be.. The t.v.'s were all purchased within a few short years of each other and after that they seemed to be getting much more expensive.

I had bought a predicta also in the mid 1990's at one of the shows I did but sold that one same day to two chinese fellows who needed it. I never photographed that one and did not want to move it home from the show. I also considered buying one of the attractive floor models but never found the right one. By the early 2000's someone was making them in Color but the price was around 3000 I believe and soon after they stopped making any conversions to colour I had heard a few years ago. 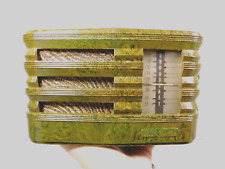 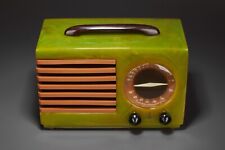