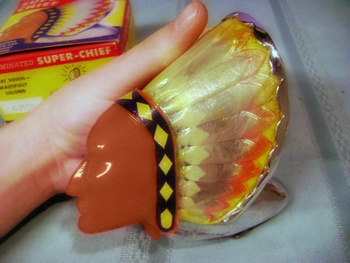 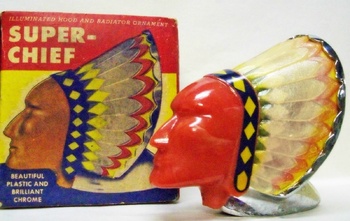 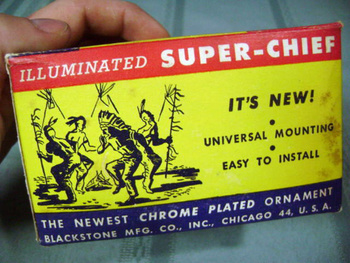 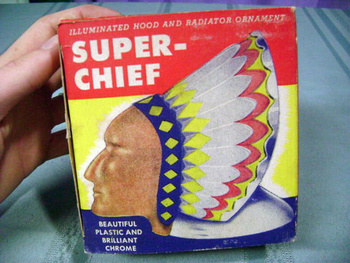 Illuminated Original Super Chief Car Hood Ornament, Blackstone Mfg. Co. Inc., U.S.A., Copyright 1950
This is a very well made and nice hood ornament produced in 1950. This is an ORIGINAL from 1950 and most boxes that they found years later stored were pretty tattered with the smells of being stored in a garage for over 50 years. I only have the one, but there were a fair bit made, unlike most mascots where you find them now far and between if you are lucky. Most of this particular mascot that can be found in American collections were never used. Had the bulb, instruction paper and screws for the chrome base. Marked on chrome headress back, Made by Blackstone Mfg. Co., Chicago Ill., Copyright 1950. Luckily these have not been copied so far, probably too hard with the 2 types of materials used. The face is not as red as shown but more a brownish dark orange. I coloured the last photo to show a more true colour to the face of this mascot.

The French were pretty much into Indians as mascots also. They produced somewhere over 10 different ones.