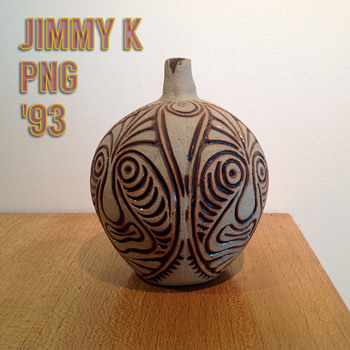 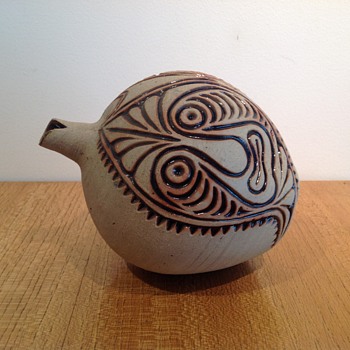 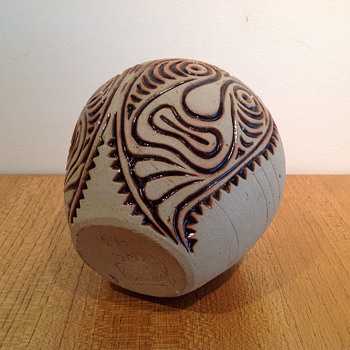 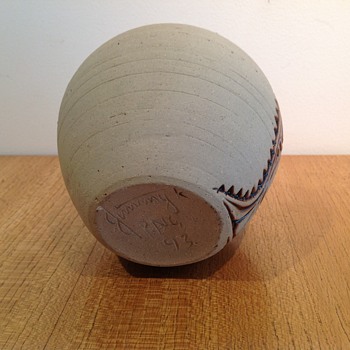 Found at the Salvo's this week was this pot from P.N.G. : Papua New Guinea. It is signed Jimmy K. and so began the process of working out his identity. I have to admit it has so far defeated me. I need input from others.

What I know is that it is bound to be a tourist piece made during the heyday of tourism in P.N.G. in the early 90's prior to the troubles that have made travel in and out this part of the Eastern Highlands of P.N.G. difficult. The trade centred around Goroka and Kainantu. I have seen pieces similar to this which come from the Kainantu Pottery which was established by an Australian Muriel Larner in the 1970's. Several of the graduate students from the Goroka School of Art & Design went to nearby Kainantu and worked there creating wares that were sold locally and in tourist areas all around P.N.G..