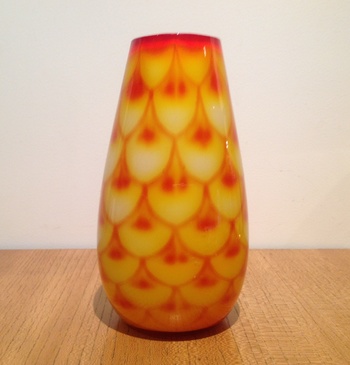 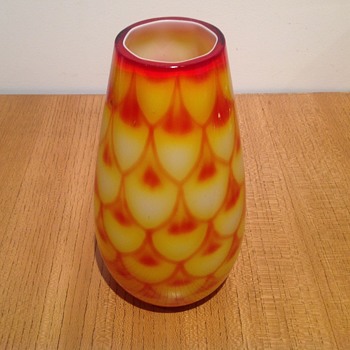 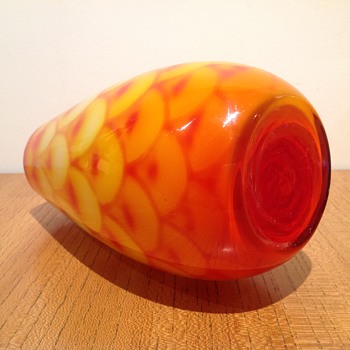 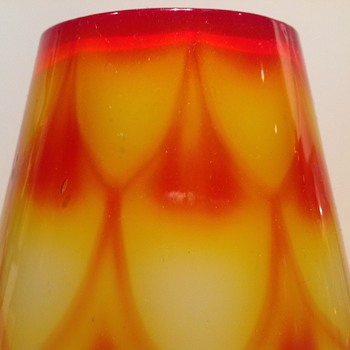 The Elme glassworks began in 1917 as a subsidiary of the Färe glassworks in Sibbhult. It was founded by the Swedish Nobel Laureate Gustuf Dahlen .... the inventor of the gas powered lighthouse.

Over that time many important glass designers worked there including Edwin Ollers responsible for some great Art Deco designs.

And in the swinging Sixties there was this 'Peacock' range.

I had been after one of these for years and this one appeared at my local oppie a few weeks ago !!!

No idea who is responsible for the range. The Swedes are keeping the secret close to their chests. There are striped versions of the red and yellow but this is my favourite. You can actually feel the pattern on the inside of the vase. Cut from the top it is a blown method of decoration I believe.

LISE recently put up another version in the Peacock range too !!!!